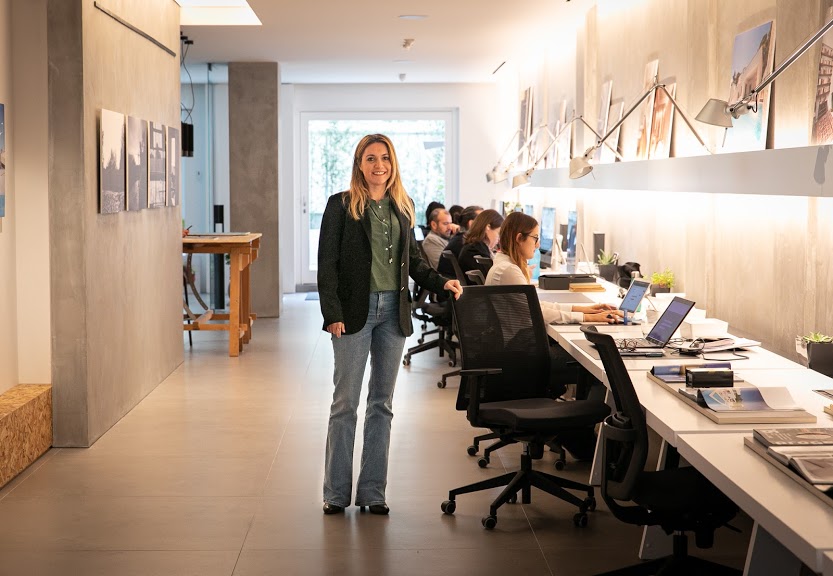 A chat with Emanuela Megli

Stress is inevitable in the hustle and bustle of our everyday life, but can we control its harmful consequences? How can we possibly balance our hectic routine with a more chilled out personal life?

We asked some questions about this topic to Emanuela Megli: she’s a welfare expert, as well as a PNL Master Practitioner.

Emanuela, given your long-lasting experience in the welfare field, how can we concretely combine work with our private life?

We have to consider two main aspects: time management and the chance of exploit the welfare policies granted by the companies.

The former deals with our ability to adjust time perception thanks to both time management skills and person-centered approaches: by combining these point, we can enhance one’s personality.

For instance, people can benefit from focusing on their life purpose.

For what concern the latter, we have to consider that to work in a flexible environment means to be productive in every place at any time, improving performances, thanks to MBO strategies (management by objectives). This attitude not only boosts self discipline, self- efficacy and trust, but it also has a beneficial outcome on the general working place mood, and that is because productivity is enormously increased.

Both time management and welfare policies can be introduced through coaching strategies oriented to a change in the management framework, or to a chance in one’s perspective.

According to your opinion, which responsibilities does a boss have, so that a working environment can be stimulating? And what about the workers ones?

It is pivotal to pay attention to the employees' necessities: they have both explicit and implicit needs that can affect their engagement in the company dynamics. Among these needs, we find belongingess to the company and the demand for psychological as well as economical acknowledgment.

When it comes to responsibilities, we are not only referring to the normative ones, but also to management models that affect performances, engagement, cutting time waste and economic losses.

Do you think that the working policies adopted in Italy truly meet the employees' necessities?

We are at the very beginning, with the exception of a handful of forward thinking entrepreneurs. One thing I use to say to the business leaders I follow during their expanding process is that we no longer have excuses, considered that the government established many viable options that ease the procedures. In many cases, fear of change is the only thing that stands in the way, and that is a perfectly normal response to something new, but it’s our responsibility to overcome that. In the not- so distant future, change will pay dividends to everyone and will grant to companies the encouraging feedback they need.

As a welfare expert and mum, what would you suggest to the parens that want their kids to pursue a career they are not made for, but that will allow them to have a stable job?

“Find who you are and what makes you happy and you won’t work a single day in your life”: that is what I say to youngsters during our orientation and working sessions. In the last meetings we’ve been trying to work on both aspects: our attempt is to combine personal attitude with the existing job opportunities, locally and internationally. By balancing talents with the market demands, people can reach a point where they seek and find what is best for their self and ultimately they achieve happiness and contentment.

We often read about companies such as Facebook and Google that grant their employees recreational spaces such as restaurants or gyms. Are these strategies effective in order to increase the workers' wellness? how smaller companies can achieve the same result?

Firstly, companies expectations should go hand in hand with the employees ones. An efficient company is one where its goal is shared by all the workers.

A company where the goals are merely the economical ones is going to be successful; in such companies there are other need that are pursued, such as the psychological wellbeing.

In addition to what I just said, a recent study run by the Harvard University (Cfr. Harvard Business review Special Issue, Spring 2020) has shown that the highest- ranking companies are the ones that have invested in finding their goals, rather than in profits. This applies to smaller business too: given the fact that there are smaller working teams which are way easier to manage through an efficient communication, oriented to the employees wellbeing.

In the end, it doesn’t matter if a company is small or big: in every working context a wellbeing policy can be applied. In both cases it is fundamental to provide a thorough and sober analysis of the company status and of its goal, in order to put into effect the strategies oriented to an improvement. It goes without saying that the companies that put their efforts into such projects are going to recover the capital initially invested.